Agrilis and the fairy tales castle

Fairy tales castle – Adjacent to the town of Filiatra in Messinia Greece, is Agrilis. It is a seaside resort, renowned for its picturesque beauty and stunning sunsets. When the sun falls into the Ionian Sea, Agrilis can impress even the most skeptical visitor. Among Agrilis’ must see sites are the Byzantine era ornate church, the old windmill and the characteristic fairy tales castle. What is widely known about Agrilis’ name, is that it is derived from the word Agrilia (Greek: Αγριλιά), meaning wild olive tree. Due to the abundance of wild olive trees around the local harbor, that showed a significant activity during medieval times, it seems like a fair name.

Nevertheless, there is another myth about the history of the name, that comes from a period in time when the Franks ruled the area and Agrilis was part of the Barony of Arcadia. This is the story behind the fairy tales castle. It was around 1265 A.D, and the Frankish knight Villain d’Aulnay ruled the barony from his castle in Arcadia (modern Kyparissia).

Although the Franks were invaders, they maintained very good relations with the local Greek people. Here is the story of how a young Frankish knight, named Agrile Pot, left his own mark in the region. Agrile Pot was captain of the castle guard and with his companions patrolled throughout his lords demesne. He, however, had shown special interest at the small settlement that we today call Agrilis, as there lived a beautiful local Greek damsel who had caught his eye. But fate had decided she was destined to be fatal for him.

It was Maria Kaloudis, a beautiful Greek girl who had stolen his heart and the knight visited on every opportunity. Of course this interest was mutual, as the dominant figure of the noble French knight could not have passed unnoticed by the girl. Everybody was happy to see them together and indeed their love quickly led to their marriage. The joyful event was celebrated by the people throughout the area surrounding the knight’s manor.
Therefore it was reasonable that Agrile Pot, or Agrilis (as the Greeks used to call him), was in the heart of all residents and especially Maria Kaloudis, the most beautiful of the region! Until one dreadful day, when Saracen pirates appeared. Back then, for a coastal area, especially a very fertile one like this, it was a very common occurrence to be raided by the pirates that roamed the Mediterranean sea.

The battle was a relentless melee fight. Agrilis had managed to overcome the pirates’ resistance and was about to free the villagers when…

A damsel in distress

The pirates killed, looted, burned and took prisoners. Agrilis, along with his companions, rushed to the area to save the villagers who had been kidnapped. Among them was his beloved Maria. The battle was a relentless melee fight. Agrilis had managed to overcome the pirates’ resistance and was about to free the villagers when… he got back-stabbed. It was a blow which knocked him to the field right before Maria’s eyes. There, he struggled to get up again, but collapsed and left his last breath while staring straight into Maria’s eyes. Eventually the pirates were pushed back, but the sadness and the shock of Agrile’s death was overwhelming for Maria and the local community. Ever since, the settlement was to be known as “Agrilis”, named after the noble Frankish knight.

In the 1970’s, Dr. Harry Fournier (Fournarakis), inspired by his grandmother’s stories as a kid, stories of valorous knights & damsels in distress, built a peculiar yet, unique “fairy tales castle” honoring the legacy of a long
forgotten era.

-Based on the original story of Dr. Harry Fournier (Fournarakis) 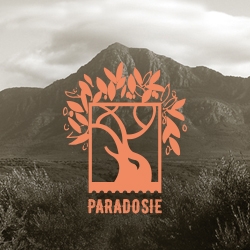